The discriminatory roots of the illegal-reentry statute

Gustavo Carrillo-Lopez was charged with illegally reentering the United States after being deported, in violation of 8 U.S.C. § 1326. Last week, a Nevada district court dismissed his case, ruling that § 1326 is unconstitutional because its passage was motivated, in part, by racial prejudice and it therefore violates the Fifth's Amendment guarantee of equal protection of the law. 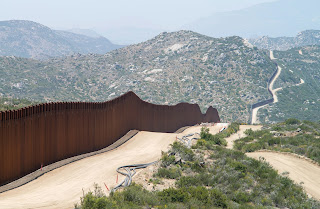 The court applied the equal protection standard set forth in Village of Arlington Heights v. Metropolitan Housing Development Corp., 429 U.S. 252 (1977). That prong of equal protection law is meant to ferret out facially neutral laws that are nonetheless enacted with a discriminatory purpose and which disparately impact a specific minority group. Notably, the court rejected the argument that either the criminal context or the federal government’s immigration authority justified a more deferential standard.

The defense called on academic experts to present a detailed and troubling history of the illegal-reentry law. One history professor testified about the 1929 Congress's reliance on eugenics and detailed openly racist remarks directed at Mexican immigrants during the debates on the law. The history of the 1929 law was so racist that the government conceded its racial intent.

Even though § 1326 was revised and reenacted in 1952, the district court found that the original racist intent, paired with circumstantial evidence surrounding the reenactment, showed that  discriminatory intent was also a motivating factor in the reenactment. The court discussed a number of factors surrounding the 1952 revision, including the lack of discussion about making the provision more punitive, explicit use of slurs by supporters of the legislation, Congress failing to revise the law despite a veto statement describing its racist elements, congressional knowledge of the law’s disparate impact, and passage of another racist law criminalizing Mexican immigrant laborers by the same congress.

The Nevada court recognized that other district courts have considered and rejected similar challenges to § 1326. An appeal seems likely, and either way more litigation in other courts is certain to follow.